Showing posts from November, 2014
Show all

November 30, 2014
Happy December and thanks to Valerie from Stuck in Books for hosting!

I love New Adult romance so much I've written two of them:

College freshman Lucia Ramirez has a secret crush on Dane Monroe. He’s a tall drink of water — blond, brash, and one hell of a volleyball player. ¡Híjole! Lucia hopes her volleyball scholarship to his school will make him notice her.

Too bad what’s noticeable is Dane’s obvious hatred for Lucia. Her family’s politics contradict everything he stands for. And politics are front and center in both their families. Dane’s mother is about to face Lucia’s father in the race for US President.

When Secret Service throws them together, Dane can’t deny his frustrating attraction to Lucia’s athletic curves and sweet faith in the world. Amid the intense pressure of college athletics and presidential politics, can opposites not just attract, but overcome overwhelming odds to be together? Or do their differences block their match fro…
2 comments
Read more

November 27, 2014
Happy Thanksgiving, Americans! Any vegetarians out there? I saw this fake ad for organic, free-range tofurkey on Conan and busted a gut laughing:


I'm thankful to all my readers. The fact that people actually use their precious time to read my words means so much to me.

Last weekend I hosted my third book signing in Columbus, at my favorite wine shop.

Thank you to friends for stopping by to support me!

It was great hanging out with friends from:

Thank you to Eric and Poodle for the flowers!


Hope you have a happy Thanksgiving. Outside the US, happy almost Friday. :-)

November 25, 2014
I'm excited for the new release by Lisette Brodey, author of the fun rom-com Molly Hacker Is Too Picky!
Desert Star is book two in the YA Paranormal Desert Series, and this theater drama sounds intriguing:
Desert Star
Larsen Davis isn’t afraid to stand up to those who bully him, but in a two-against-one situation at Mystekal High, it’s never easy. When classmate River Dalworth witnesses the abuse and intervenes, the two seniors become good friends. Larsen explains that he’s fighting another battle at home: his own mother, Raylene, bullies him for being gay.

When Larsen meets River’s mother, Arielle, and learns she is overseeing the renovation of the Desert Theater, he shares his dream for a career on stage. Soon, Arielle offers Larsen a job as her assistant, but Raylene is dead set against the idea of her son doing what she considers “gay work.” After Raylene gets a new boyfriend, Reggie, the bad situation at home worsens and Larsen has no choice but to leave.

The Weight of Words by @georgey_girl #Review #Interview & #Giveaway

November 24, 2014
I'm pleased to welcome author Georgina Guthrie to the blog for a review of her debut novel The Weight of Words. Stick around for the interview and giveaway!

The Weight of Words by Georgina Guthrie
My rating: 5 of 5 stars

The Course of True Love Never Did Run Smooth

What a thought-provoking romance! It's rare for me to feel such fondness for the hero and the heroine, but I loved both Daniel and Aubrey. It's also rare for me to understand Shakespeare, but Georgina Guthrie provides an excellent guide to the Bard in this story.

Aubrey Price starts her last year at the University of Toronto with a tight budget, a set of close friends, and a passion for all things Shakespeare. She works as an assistant to Dean Grant in addition to taking a heavy course load. The TA for her Shakespeare course is Dean Grant's son Daniel, who's scruffy and gorgeous. Aubrey tries to suppress her attraction to Daniel's forbidden fruit due to the anti-fraternization policy. (Good luck, Aubrey.)

November 22, 2014
Saving Poughkeepsie Debra AnastasiaAdd Saving Poughkeepsie to: GoodreadsOn 11/22 Buy from: Amazon | Barnes and Noble
Beckett Taylor’s quest to be a better man has brought Eve Hartt back into his life, but sometimes it feels like they’re bound together with barbed wire. Though he longs to love her without causing pain, the wreckage of their past continues to crash down around them.

Yet with the help of this brothers—and for his brothers—Beckett won’t stop trying. He’s determined to make them all a family, to make a life they want to live, and to make Poughkeepsie a place that’s safe to live it.

He can feel their futures balanced precariously on his shoulders: Blake and Livia and their children, Cole and Kyle and the new baby they’ve just brought home, and Eve…always Eve. He wants their dreams to be real. But murderers don’t just get Happily Ever After handed to them. They have to wrench it away from Satan himself.

Good thing Beckett is prepared to do just that. After all, sa…
2 comments
Read more

The Light Who Shines by @Lilo_Abernathy SALE #paranormal #romance

Title: The Light Who Shines Author: Lilo Abernathy Genre: Urban Fantasy / Paranormal Romance / Mystery Amazon Rating: 4.7 Stars Amazon Reviews: 153 Regular Price: $4.99 Sale Price: $1.99 Kindle Daily Deal Date: Thursday, November 20th, 2014 (One day only)
BUY LINK Amazon Kindle: amzn.to/11sqD5Y
BOOK BLURB
When Supernatural Investigation Bureau agent Bluebell Kildare (a.k.a. Blue) arrives at the scene of the crime, it's obvious the grotesquely damaged body of the deceased teenage boy was caused by far more than a simple hit and run; and she vows to catch the killer. Using her innate sixth sense, Blue uncovers a powerful magical artifact nearby. She soon discovers it acts as a key to an ancient Grimoire that was instrumental in the creation of the Vampire breed and still holds the power to unravel the boundaries between Earth and the Plane of Fire.

November 14, 2014
Time for the Gratitude Giveaway hosted by Kathy.

What are YOU grateful for?

Positive psychology research shows that acknowledging our gratitudes can make us happier. So I'm giving you the opportunity to do just that in the giveaway.

I'm grateful for my two sisters. They're fun, smart, kind, and beautiful. One of these days I'll beat Laurie in Words With Friends (she cheats, I swear) and maybe I'll cave to Susan's constant cajoling for me to move near her in South Carolina.

I'm blessed to have siblings I call my friends. It makes all the teasing from childhood worth it!

And thank YOU, awesome readers, for making my new release Blocked a top seller among volleyball books.

November 11, 2014
It's been three weeks since the release of Blocked. Thank you to all who have spent some time with hero Dane and heroine Lucia!


Available at Amazon
I've LOVED the fun and insightful reviews from book bloggers and authors on the AToMR tour, and I want to share some of my favorites:

Reviewer Hazel from Musings of the Bookaholic Fairiesmade the banner above (so cute) and said, "This book reads like a movie." It made her feel "happy, sad, and all gooey inside".

Momina from Novelty Books said, "Filled with Sweet Romance, Pressure and Regrets, Blocked is a story of how two people with different beliefs put that aside and simply enjoy what they have." In addition to my giveaway below, Mo hosts an ebook giveaway HERE.


Chanpreet from Confessions of a YA & NA Book Addict said, "I had no idea volleyball and politics could be so sexy!"

Patty from Bookish Wanderlove said, "Both characters were amazing" and "The ending. OMG, I loved it!&…
5 comments
Read more

November 06, 2014
Title: The Playboy's Princess Author: Joy Fulcher Add to Goodreads Buy from Amazon | Barnes & Noble
What do a Hollywood playboy and a Disney Princess have in common? Not a lot, but they can fake it.
Jade Pratt is living a tough life, surviving paycheck to paycheck by working at Disneyland. She'd like nothing more than to be swept off her feet by her own Prince Charming.
Drew Malik is living what appears to be a charmed life: He’s the son of a famous actor and has money, women…anything he could want. But he's burning out in a life filled with booze and one night stands. When he finds out his trust fund is blocked until he either turns thirty or gets married, his friends plot to rescue him by placing an ad in the paper to find him a bride -- fast.
When Jade answers the ad, the pair meet up and agree to an arrangement that will solve both their problems. But when their fake marriage elicits real feelings and real problems, they're both forced to re-evaluate their deal.
Ha…
4 comments
Read more


Recently I attended a writer/reader event, the Queen City Indie Con, in Cincinnati, Ohio. The author marketing panel was particularly good and I want to share their tips with YOU.

1. Do you have a newsletter? (I don't at this time.) All the authors encouraged emailing a newsletter to your readers to inform them of new releases, giveaways, appearances, etc. If you rely on social media to spread the word, you give up control. For example, few Facebook fans now see posts on your page, and word on the street is that Twitter will also become more monetized.

2. Is your book on sale? How do you get the word out? Use Book Bub, a daily email alert sent to over one million readers. Getting a Book Bub ad is expensive but well worth it. Your book needs a certain number of reviews (in…
10 comments
Read more
November 04, 2014
Title: Nobody Knows (Razes Hell Book 1) Author: Kyra Lennon Genre: NA Contemporary Romance Cover Design: Najila Qamber Design Photographer: Lindee Robinson Photography
Synopsis: It's not easy being friends with rising rock stars - especially when you're the glue that holds them together.

Razes Hell has taken off in the charts, and Ellie can't believe her childhood friends, Drew and Jason Brooks, are on TV and drawing crowds after years spent playing in dodgy bars. From obscurity to overnight success, Ellie soon realises life in the public eye isn’t all it’s cracked up to be as dark secrets become headline news and old conflicts are re-ignited.
When a fake feud meant to boost the band’s popularity threatens to rip the boys apart for real, Ellie finds herself torn – a position which only gets more uncomfortable when her loyalty to Jason collides with her blossoming relationship with Drew.
Nobody knows how deep their issues run; nobody but Ellie. With friendship, a music career and …
1 comment
Read more
More posts 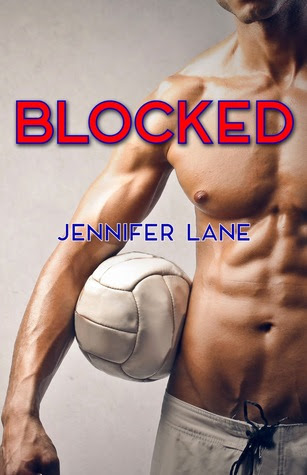 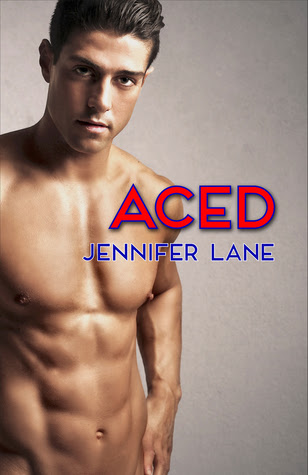