December 26, 2010
Onto our fourth installment of Psychoanalyze Your Characters, my attempt to share some psychological knowledge to help you flesh out your characters' psyches. Today I'll shift from Axis II to Axis I, focusing on the clinical syndrome of Post-Traumatic Stress Disorder (PTSD).

PTSD is a normal reaction to an abnormal event. It's an anxiety disorder that some people develop after seeing or living through a threatening event. Most experience a "fight or flight" syndrome in response to a dangerous situation, but in PTSD this reaction is damaged and individuals feel threatened long after the danger subsides. Potential traumas include:

I've seen PTSD develop after individuals have experienced sexual abuse, motor vehicle accidents, childhood bullying, domestic violence, and suicide of a loved one, to name a few. What's interesting is that a group of people might all experience trauma but only selected few develop PTSD. Some factors that increase the likelihood of PTSD include a history of anxiety, past losses, and lack of coping resources. Abuse survivors are more likely to experience PTSD when that abuse occurred at a young age, was frequent and intense, and was perpetrated by someone close to them charged with their care.

There are three groupings of symptoms in PTSD: distress, numbness, and avoidance.

Individuals typically alternate between states of high distress (reliving the traumatic event through flashbacks and nightmares, feeling on edge or "hypervigilant") and numbness (emotionally flat, exhausted). The distress taxes our systems so much that the body shuts down and goes into a dull state of fatigue at times.

The third symptom is avoidance of the trauma. For example, an individual who was sexually abused might avoid romantic relationships, because intimate situations remind her of the trauma. Or, a car accident survivor might not want to get into a car.

One of the best movies I've seen about PTSD is Fearless. The movie features Jeff Bridges and explores the aftermath of a horrific plane crash. If you watch it, keep the tissues handy.

Another good PTSD movie is The Prince of Tides (except for the part about the psychiatrist sleeping with her client's brother--why does the media always have to portray therapists sleeping with their clients? *winks*). At its most severe, abuse can result in a splitting off of oneself in order to cope with the trauma, resulting in dissociative disorders like Dissociative Identity Disorder (formerly Multiple Personality Disorder). Primal Fear and Sybil showcase this disorder.

Why do individuals with PTSD behave like they're in danger when they're not? A colleague explained it using a screen door metaphor which I thought was brilliant. Picture a screen door in your brain. When a stressful event happens to you, chemicals like adrenaline flow through the screen door and prepare you to handle the stress. However, when a trauma occurs, sometimes the chemicals scream through so fast that they bust a hole in the screen door. Now individuals are left with a hole in their screen door. The next time they experience something resembling a trauma (a "trigger"), the adrenaline rushes through the hole and they feel like they are re-living the trauma. Their heart races, they can't get air, they tremble, they freeze.

Treatment can be very effective for PTSD. Since the brain is living in the past, one strategy is to bring the brain to the present through using grounding skills. Individuals should use their five senses to anchor themselves in the present: "I see the painting on the wall. I hear the clock ticking. I feel the surface of the sofa beneath me." Deep breathing is essential. When we are very anxious our breathing becomes shallow and fast, and deep breaths help quell the cascade of the stress response.

Treatment also involves correcting dysfunctional beliefs that might have developed. The most common seems to be the belief "It was my fault" for abuse survivors. Because children are egocentric, they believe they alone are the cause of good and bad things that happen to them. As adults they need to learn that they are not to blame for the actions perpetrated by others. Therapy, specifically a technique called EMDR, might help individuals adopt a more functional belief like "I did the best I could."

We all experience stressful events and life is also full of trauma, so this disorder can provide a realistic and dramatic backdrop to your characters. Good luck!

Authors, c'mon and join our Meet an Author Monday Bloghop.
Readers, please hop from one blog to another. :-) 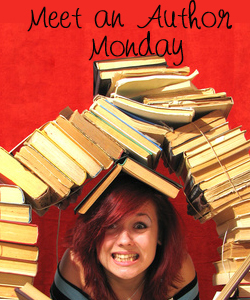 I loves the PTSD...well, I mean, I feel sorry for people who have it...BUT...my main character in my book that I'm writing right now is dealing with it and it's sooooooooo much fun for me to write. I love to write angst and I suppose at it's base, PTSD would be a very angsty point of view to write due to the tension and anxiety.

Jennifer Lane said…
Hi Jess, PTSD does indeed provide some rich drama for your character's background. What kind of trauma did your character sustain? For some reason I often write about characters who were physically abused as children--it just breaks my heart. Thank you!
December 27, 2010 at 10:17 AM

Anonymous said…
Great post! I was a psych major in college and love to work aspects of what I learned into my stories. Glad I stopped by!
December 27, 2010 at 12:27 PM

Taryn Kincaid said…
PTSD, especially originating in war, fascinates me. I've written two Regency-era war vets now (one who remains in dust-covered file and one who will meet the public in February. Both have physical as well as mental scarring, to a greater or lesser degree.For me, it's one of the ways to show their grace and courage under fire. And the aftermath.
Thanks for sharing your knowledge on this!
December 27, 2010 at 3:07 PM

Anonymous said…
A 1960's cocktail party for New Year's Eve - Awesome!!! I would suggest a long epire dress or stonewashed blue jeans and a tee shirt. Definitely wear a head band across the forehead.
December 27, 2010 at 6:35 PM

Jennifer Lane said…
Taryn, the physical and emotional scars of PTSD fascinates me as well. I was spellbound during the movie Saving Private Ryan, and one of my favorite books "Word of Honor" by Nelson Demille focuses on the aftermath of the Vietnam War as well. Good luck when your war veteran meets the public!

Liz, I didn't know a little black dress would work though I was thinking of a bouffant hairdo. Somebody said that psychadelic clothing might work, but is that the wrong era?
December 27, 2010 at 6:36 PM

Jennifer Lane said…
Kelsey, you commented as I responded but that's what I was thinking too. A la Austin Powers. This decade is hard to dress for!
December 27, 2010 at 6:37 PM

Unknown said…
<< I've seen PTSD develop after individuals have experienced sexual abuse, motor vehicle accidents, childhood bullying, domestic violence, and suicide of a loved one, to name a few. … Some factors that increase the likelihood of PTSD include a history of anxiety, past losses, and lack of coping resources. Abuse survivors are more likely to experience PTSD when that abuse occurred at a young age, was frequent and intense, and was perpetrated by someone close to them charged with their care. >>

Your description of the symptoms will be incredibly useful to writers.

I’ve seen the treatment coming through in your writing. :)

<< Another good PTSD movie is The Prince of Tides (except for the part about the psychiatrist sleeping with her client's brother--why does the media always have to portray therapists sleeping with their clients? *winks*). >>

I like this belief; it helps you put things behind you.

Unknown said…
"At its most severe, abuse can result in a splitting off of oneself in order to cope with the trauma, resulting in dissociative disorders like Dissociative Identity Disorder (formerly Multiple Personality Disorder). Primal Fear and Sybil showcase this disorder."

Now why bring THAT up???

Jennifer Lane said…
Hey Janine, yeah I was interested to learn that abuse by a parent is often much worse than abuse by a stranger. It's a huge betrayal. And if the other parent knew about it and let it happen, that's a betrayal too.

So you got my little joke about psychologists sleeping with their clients? Hee hee.

Jennifer Lane said…
Niks, who am I speaking to at the moment? ;) I want to tell everyone inside of there thank you for supporting WGB.
December 29, 2010 at 8:55 AM

Nicki Elson said…
Congratulations on the Goodreads nomination! Well deserved, I'm sure, and I cannot wait to read WGB in 2011.

Jennifer Lane said…
Yeah--Robin Williams kind of bopped Matt Damon's character over the head with that phrase--kind of hard to forget! I loved that movie.

Julie Musil said…
It's so amazing to be in such great company on Goodreads! Holy cow.

I've never seen Fearless. I'll have to see if that's a watch it now on Netflix. I did see Prince of Tides, and felt so uncomfortable with the subject. Not very worldly of me, huh?

Jennifer Lane said…
Hi Julie! That nomination was quite a nice surprise. :)

There's nothing comfortable about sexual abuse so I totally get your ick factor with Prince of Tides. Gah, Fearless is really good but really intense.